Following in the Footsteps of Butch Cassidy – Hole in the Wall Country, Wyoming

Butch Cassidy, born Robert Leroy Parker, was born in Utah in 1866 and grew up to become one of  the most infamous outlaws of the American West.  Butch robbed banks and trains and also engaged in horse theft and cattle rustling.  Although born to a religious Mormon family, Butch Cassidy devoted his life to crime.  Well, I’m certainly not following the Butch Cassidy’s footsteps  in the concept of following his career path, but a few weeks ago on a recent trip to a remote area in north central Wyoming, I literally walked in his footsteps! 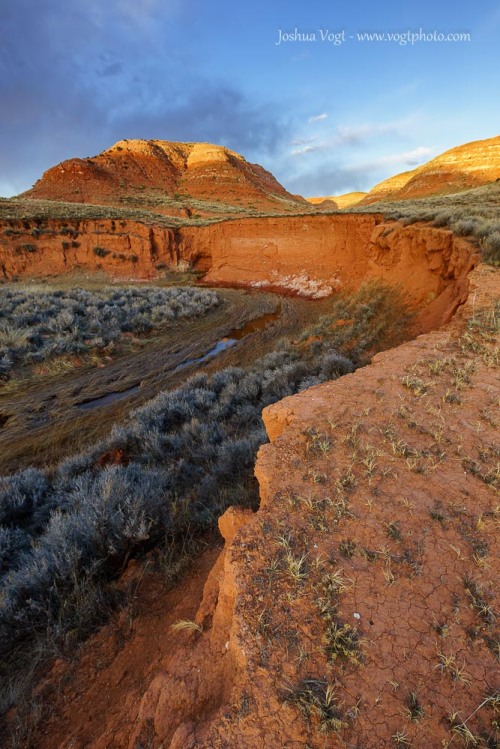 During Cassidy’s life as a criminal, he favored a few locations to hide out in between committing his crimes; one such location in Wyoming is known as The Hole in the Wall.  “The Wall” is a red rock escarpment that runs for nearly fifty miles and is broken at only one notch along its entire length.  The remote location coupled with difficult access via the one passage through the wall made for an easily defensible hideout for late 19th century outlaws.  Cassidy was not the only outlaw that spent time hiding here, but a conglomeration of bandits also used the Hole in the Wall hideout.  Ultimately, the loose band of criminals became known as the Hole in the Wall Gang.

Only a handful of ranches and hunting outfitters still operate in the area making Hole in the Wall country as remote as it was in Cassidy’s time.  Other than the grass, sagebrush, and expansive views, the only other thing I would describe to be in abundance is barbed wire fences; I drove through numerous gates to get to The Hole in the Wall and it was a challenge to keep fence lines out of my photographs. 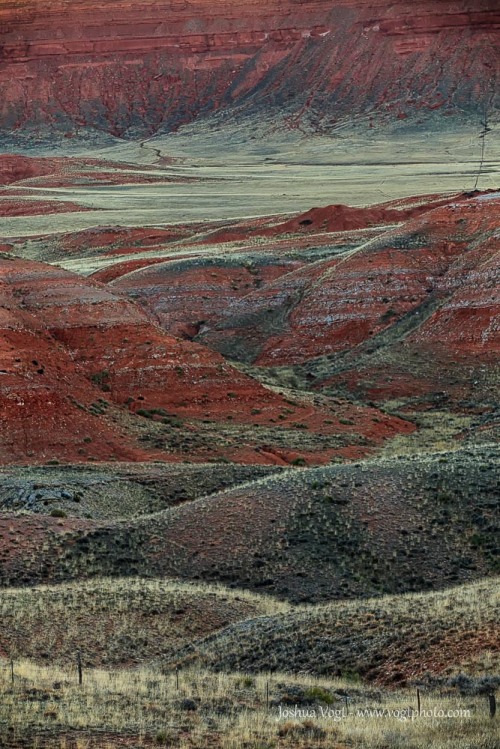 Butch Cassidy spent time in prison for some of his crimes but later in his criminal career he fled the United States and was killed in a shootout in South America in late 1908.  Thankfully by tracing his footsteps I won’t meet the same fate!

While visiting Yellowstone National Park last summer and on the same grey and rainy day we toured West Thumb Geyser Basin, my friends and I also drove to and explored some of the front country area around Grand Canyon of the Yellowstone River.  We checked out several spots near the canyon area but the view of Lower Falls from Artist Point was my favorite.

Many artists have visited Yellowstone’s Lower Falls over the years.  In fact the Hayden Survey in the early 1880’s included both photographer William Henry Jackson, who became famous for his groundbreaking images of the expanding American West, as well as Thomas Moran, whose paintings of the Yellowstone country helped pave the way to it’s protection.  No wonder this prominent viewpoint is called Artist Point! 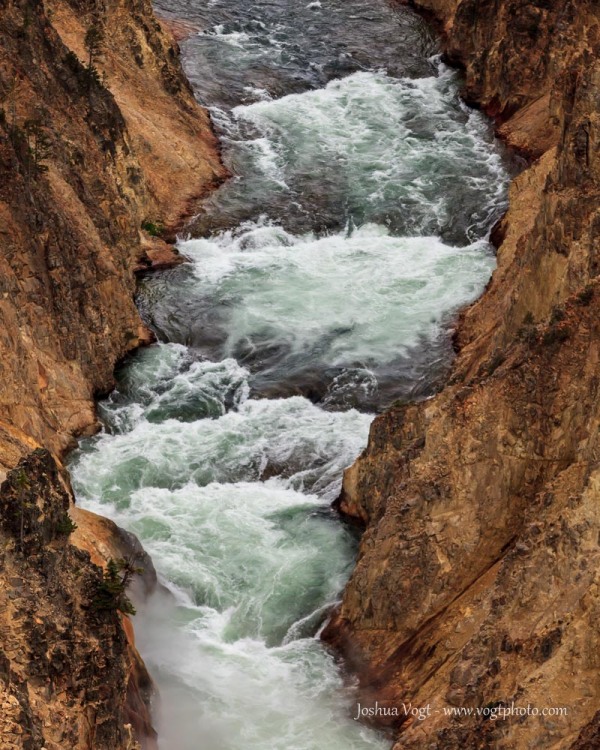 The canyon is one thousand feet deep in some places and the lower falls cascade an incredible 308′ into the canyon.  Amazingly, at 308′ of drop, Lower Falls are not the tallest waterfall in Yellowstone.  It is however, the largest waterfall by volume not only in Yellowstone but the American Rockies. 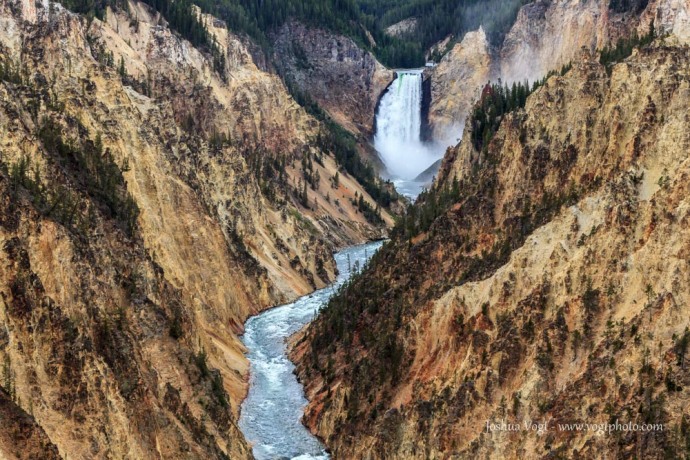 Don’t let the precipitous drop you see in my photos deter you; the area is well marked and safe.  These views are  but a short and easy stroll from the parking area and can be enjoyed by anybody!

Lewis and Clark Expedition member turned mountain man John Colter was the first white explorer to describe the thermal features and area that encompasses what we now know as Yellowstone National Park.  At first John Colter was written off as crazy and the strange place he had described was mockingly referred to as “Colter’s Hell.”  But eventually, other explorers returned from the American West with tales similar to what Colter described.  One such tale was that a large alpine lake existed where one could catch a fish and then swing his pole over a steam vent and cook his catch without so much as taking a step.  Those early explorers could have very well been referring to the West Thumb Geyser Basin on Yellowstone Lake.

Today, a large parking lot and boardwalk paths make accessing, walking, and viewing the West Thumb Geyser Basin very easy.  Once on the boardwalk that is elevated above the shores between thermal area to the west and the lake to the east, the early explorer’s fishing tale is easy to believe!

I’ve vistited Yellowstone several times now, but last Summer was the first time I pulled off and checked out the West Thumb Geyser Basin.  It isn’t nearly as grand as the geyser basins in and around Old Faithful (it was also less crowded), but with this geyser area immediately adjacent to huge Yellowstone Lake makes it a special place worth exploring. 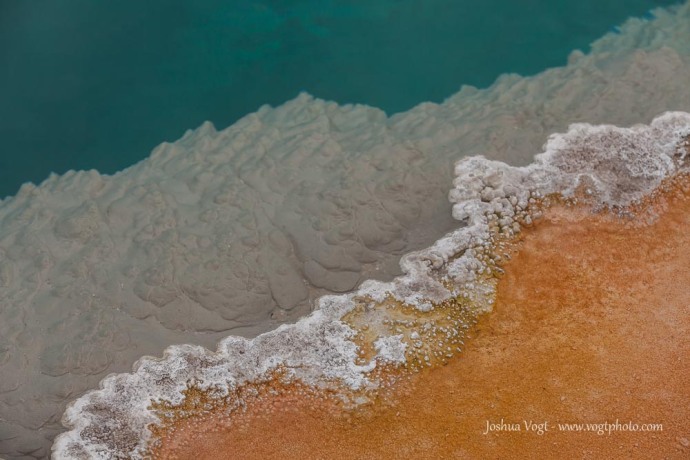